The Veritable Epidemic of Wealth Abuse among the Elderly

Recently my husband and I made an appointment with our Lawyer to draw up new Wills.  We did this for two reasons, one was very important!  The first was because I had read the World Health Organisation apparently considers anyone over 55 as Seniors.  The second reason, we didn't want our daughter to have to experience what I did, and be subjected to unscrupulous family members 'raiding' the family assets, or attempting to.

In all honesty, I was unaware of the extent to which so many, of our lovely ageing senior people, are either abused, coerced or harassed, by unscrupulous individuals.  Even more shocking to me, was to find, often family members commit this form of betrayal.  Yes, I know, it's not a nice topic to even consider, but it happens and it's prevalent.  I acknowledge there are many good people out there, but there are unsavoury characters too and they will devise a scheme to access assets any way they can.  According to articles published by the New York Times and numerous legal firms and financial organisations, it could be a carer, a financial advisor, even someone they know well.

With my parents, I constantly 'kept an eye' on them as they aged, interacted with them and people who helped them.  I was comfortable they were surrounded by good people who helped and genuinely cared for them.  What I wasn't prepared for was family members committing the 'ultimate betrayal'.  Looking back I wish someone had made me aware, that someone had spoken of it.  I became familiar first hand, unfortunately after it occurred.  I did take action, but it was too late really, to be effective.

There's an old saying my father said to me before he died, he said "she was a piece of work".  That summed it up, they told so many lies and seemed to be one step ahead, all the time.  My father was becoming quite ill, it a horrible thing to find out he'd been abused, and then to find, you were limited in what you could do.  A disgrace you may think?  I certainly do!  How could anyone do such a thing?  A decent respectful person wouldn't even do such a thing, but obviously there are many who consider it and actually do it.  It's like they have a 'personality change' or something.  The prospect of getting their hands on money, or assets, such as a house, seems to become more important to them than the welfare of an elderly person.

After this happened to me, I was devastated, and over time I kept hearing of how widespread it is, and consequently decided to do something about it.  It's just not decent, our elderly seniors deserve to be treated with respect!  We hope to inform and prepare people, not frighten but educate.  If our coordinated efforts, go someway to helping others, to 'head off' financial abuse of other elderly people, at least we'll feel we're 'doing something', to bring about changes to protect the elderly more so.

It probably won't be just 'some people' we'll collectively help, if many people take some sort of action, it will be more like 'hundreds of thousands' of elderly people that we'll help - that's how widespread it is!  In the interest of preserving our Seniors and their lifestyle, do take a moment to register your email address, to stay up to date.  We'll regularly post; updates on laws, ideas about 'what to do', details of media interviews, and any activity such as high profile politicians helping to change things. 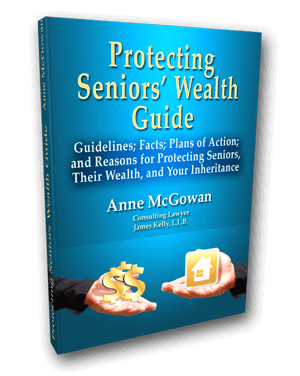 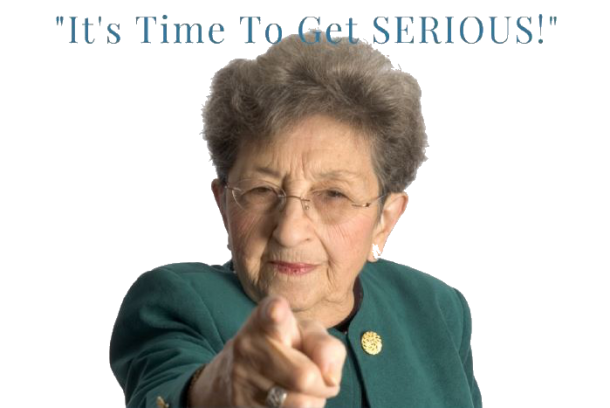